With a Little Help From My Friends

Some cats just need a couple of good chords, a charismatic voice and a story to tell, in order to touch anyone’s heart in seconds at. True soul singers don’t need any gimmicks or additives to project their essence, and undoubtedly, Clarence Bekker forms part of that hall of privilege. Originally a Dutch citizen born in tropical Surinam, his career has led him on plethora of paths: he was the youngest member of the successful Swinging Soul Machine Band; also a stellar member of the 08001 world music collective; and has been a prominent voice of the very viral Playing For a Change project. Life’s trials and tribulations had removed Bekker from his blazing path, causing him to take two steps back temporarily. Only a few years later, he embarked again on a fresh new start, and back to a more humble “square one”. Today, he’s back full force with renewed strength under the belt to take the stage again by storm. Fortunately we have him back, with much more strength and with more notches in the butt to raze on the stage. Listening live you will forget that nostalgia of Marvin Gaye that we all have inside. You will return to illusion with the soul as if it were the first time. Listening to Clarence Bekker will make you forget any possible nostalgia inside you, and bring joy to your soul as if it were your first live concert ever!

Clarence Bekker (Suriname, 1968) moved to the Netherlands with his family at the age of 6. Soon after, he developed a deep love for music by singing to James Brown hits on the radio, like a true a self-taught musician in the make. At 18, Clarence joins the band The Swinging Soul Machine as lead singer and youngest member in the group’s history. Three years later, he began his solo career with Belgian producers Phil Wilde, Peter Bauwens, and Jean Paul de Coster, spiritual father of 2 Unlimited.

Since the beginning of his musical career, Clarence has been infuenced by vocal legends of jazz, funk and dance music, who only multiplied his love the music: James Brown, Billy Holiday, Prince, Michel Jackson, and Whitney Houston. “Through the power of their music, they demonstrated that they can reach an audiences of many colors”, Clarence says.

In 1993, CB Milton’s single Send Me an Angel topped the charts of the Netherlands. It was the rst of several songs that conque- red Britain and the Benelux countries, such as It’s a Loving Thing (1994) and Hold On (If You Believe in Love) (1994).

In 2001, Clarence Bekker leaves successful Eurodance singer CB Milton identity behind, and changes the direction of his multi-face- ted artistic life. After topping European charts with hits such as It’s A Loving Thing and Send Me an Angel, the vocalist buys a one-way ticket to Spain. Now mindful of how far he can take his voice, Clarence wanders around Barcelona’s streets and squares, guitar in hand, in search of his new self.

Then he toured Europe with 08001, one of Barcelona’s most iconic “melting pot” collective bands of the new millenium, including over 40 musicians from around the world. In 2008, Clarence releases several dance tracks with DJ Taito Tikaro. The single Shine On Me, with CB on lyrics and vocals, becomes a worldwide hit and is awarded Best Dance Track of the Year in Madrid. In the narrow streets of Barcelona’s old Raval neighborhood, Clarence meets American producer Mark Johnson, who recorded a version of Stand By Me with musicians from all around the world. The song, with now over 100 million views on YouTube, led to the creation of the Playing for Change  Band, including Clarence among the lead vocalists.

In 2009, the Playing for Change album Songs Around the World reaches Top 10 of the Billboard pop lists in the USA. The band’s first tour enamored audiences from around the world, giving Clarence the chance to share the stage with legends like Toots Hibbert. Clarence and the PFC band have played 300 concerts in more than 25 countries. In 2012, Clarence released Old Soul, produced by Mark Johnson and Reggie McBride (bassist for Stevie Wonder, Michael Jackson, Aretha Franklin). The album is a rendition to the soul root sounds of Sam Cook, Otis Redding and Bill Withers, including an interpretation of Sam & Dave’s classic Hold On, I’m Comin’.

In 2017 he forms the Clarence Bekker Band, accompanied by two former members of 08001, Carlos López and Francisco Guisado “Rubio”, together with some of the most sought-after musicians in Barcelona music scene, Charlie Moreno and Arecio Smith. With this new line-up, he released the Beautiful Tomorrow EP in 2018, where soul, funk and rock themes were fused together with the singer’s taste and sensitivity. The line-up brings forth and expresses the maturity of a musician who has navigated effortlessly through the seas of soul, dance, funk, reggae… and is now back to elevate musical passion to its highest ground.

With this EP, the band has performed over 70 concerts during 2018 alone, highlights of which include the Byron Bay Blues Fest (Australia), the closing concert of the 1906 Jazz Fest Program (Madrid), San Miguel Mas i Mas Festival (Barcelona), Jazzfermin (Pamplona), PFC Day (Ibiza) … all of these in addition to being the resident band of the renowned and prestigious Jamboree Jazz Club (Barcelona), where they are selling out double sets every Thursday since late 2017.
The only constant found in Clarence in his 30+ years of artistic career, is his outstanding, deep and vibrant voice, capable of channeling a universe of emotions. On stage, he is an orchestrator of happiness: he touches the audience’s feelings to the point of ectasy until and melts with him in total communion, as part of the shared musical experience.

No day is ever the same in Clarence Bekker’s life: you may find him rehearsing, recording, playing shows around the world, or somewhere around the streets of Barcelona, where he escapes from time to time with his guitar, to drink from the city’s energy, and give back some good lovin’ in the form of music for the people, in the moment. 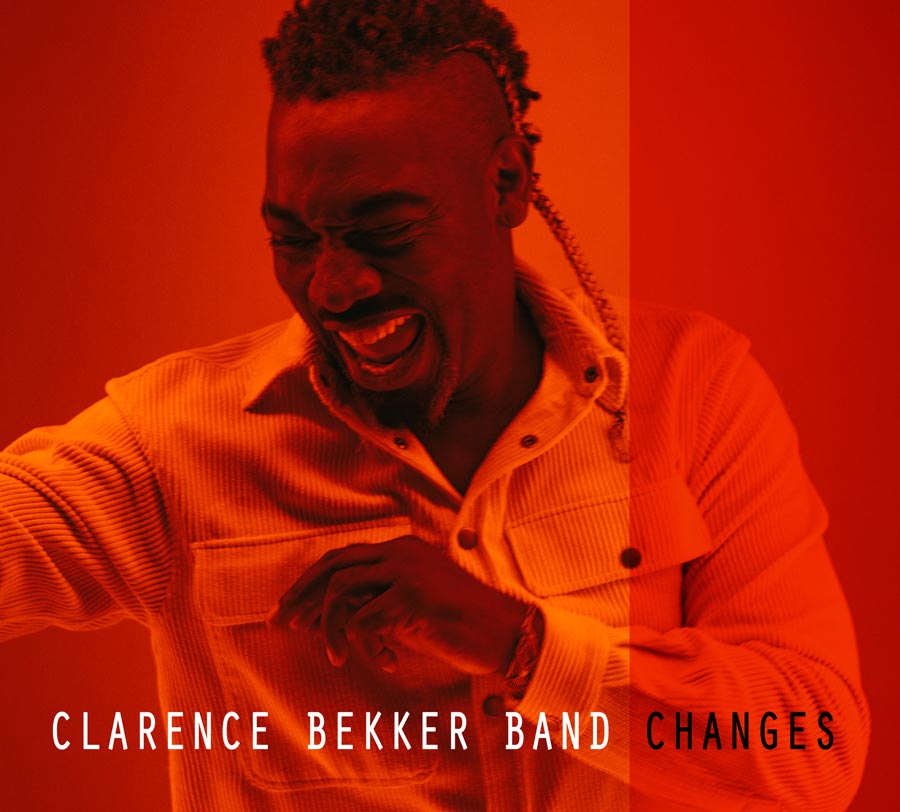